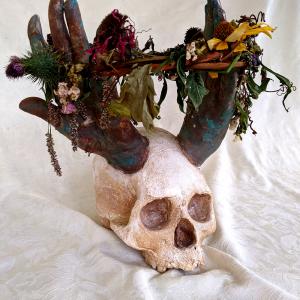 Marina has a BFA from OCADU, where she was awarded the Forsythe Scholarship. She has exhibited across Canada, the United States and internationally. Her work has appeared in the TV series ‘Suits’, British Vogue, The Huffington Post, as well as noteworthy collections in North America and overseas. Marina enjoys giving artist’s talks and has spoken at Ryerson University and The Canadian Society for Art of the Imagination. She was a founding member of The Ten Collective, a group of painters who work and exhibit in Eastern Ontario. Marina is represented by Sivarulrasa Gallery.

Calling Forth the Beast

Let's Go! The Wolves are on the Move. 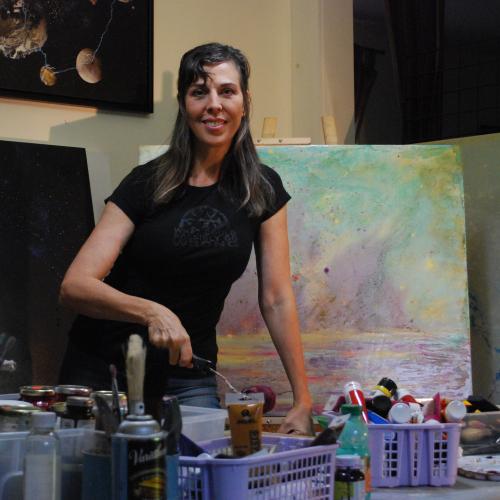 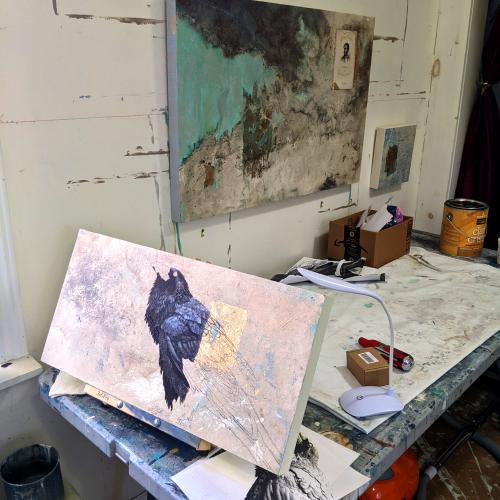 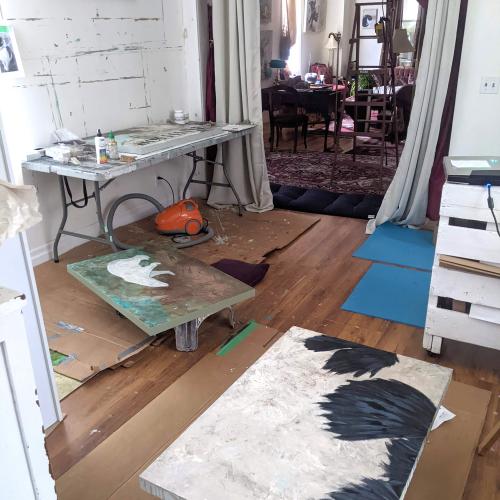 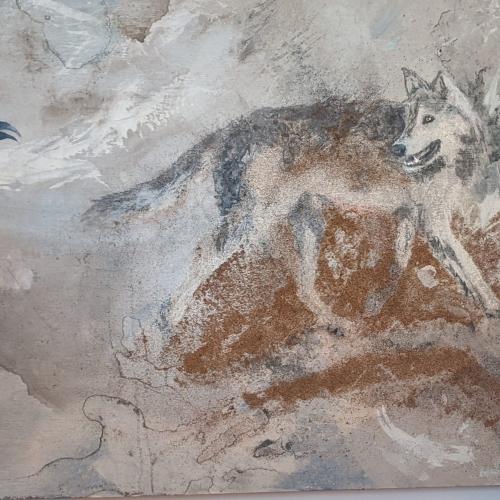 Wanda Koop! I relate strongly to the way she invokes a nostalgia for nature. I also like the Ottawa based artist Peter Colbert for his ability to convey the essential forms of abstracted landscapes.

What kind of artwork do you have in your home?

Besides my own work, I have pieces by Jeff Bierk, Bhat Boy, and Jennifer Ryder-Jones. Some of these I got by swapping artworks.

Why is it important for people to have art in their home or life?

When a person looks at a piece of art they love, they're moved. There's a flow of energy in them that literally lifts them up emotionally and spiritually. Who couldn't use more of that?

What do you listen to when you work?

Atmospheric techno, downtempo chillhop, some of which I compose myself..

tiny portion of a supernova. (actually I suppose that would be a previous death.) In life, we are all the stuff of stars.

When did you start making art, and why?

Of course mostly all children draw, but I recall being praised for a particular long shot of some tigers that I painted in grade one. I've been drawing and painting ever since. It fulfills a deep need in me to create.

Leslie Grove Gallery, Toronto
Our World, The Wonder and the Worry

University of Arizona Lunar and Planetary Laboratory
Works on Loan

Ripley's Believe It or Not
Best of 2011 Hardcover

Try-before-you-buy with a 3 month rental. 100% of your rental payments go towards the purchase (interest free). Message the artist directly, and start the conversation.

We make it easy for you to try art with smart payment plans and try-before-you-buy models.

See How It Works

Artwork protection is included on all art rentals up to $10K. Our Customer Care team is always here to help.

1% from every transaction goes towards a Canadian arts nonprofit.